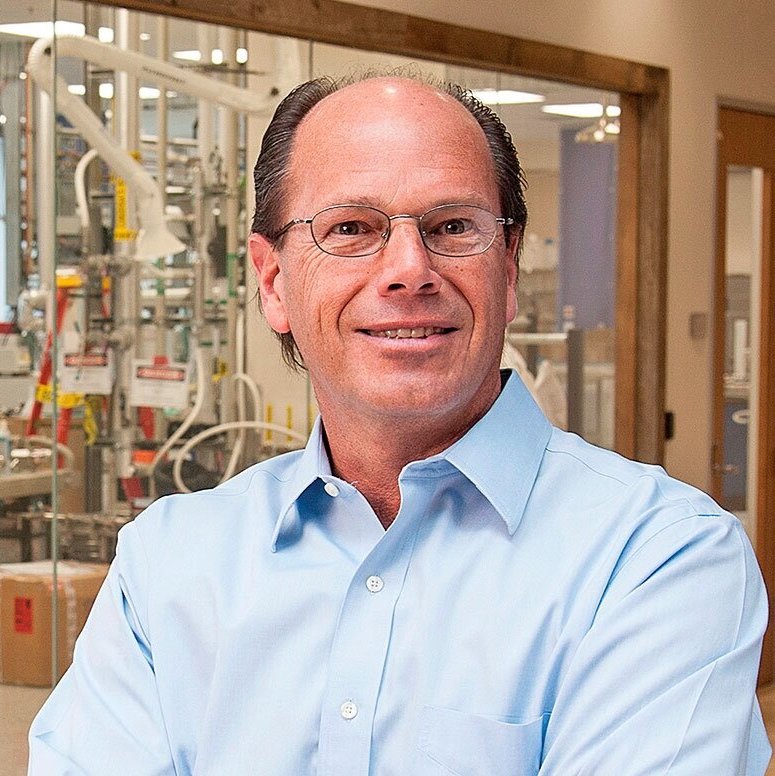 Dr. Jeff Lievense is a senior engineering fellow at Genomatica. Genomatica is a biotechnology leader for the chemical industry. The company develops and licenses bioprocess technologies that gives producers optionality via alternative feedstocks. Before that, Lievense worked at numerous companies, including Kodak, Tate & Tyle and Amyris. Lievense earned a PhD in chemical engineering from Purdue University in 1984, and now has 33 years of experience in industrial biotechnology. His expertise includes the production of chemicals from carbohydrates like polyols and hydrocarbons, process design and development, scaling-up and scaling-down of processes, manufacturing plant support and technology transfer. Lievense believes that well-designed fermentation-based processes using alternative feedstocks can really beat petro-based processes. On the symposium he will be speaking about his experience in taking a lab-scale process to industrial scale.

Dr. Marcel Wubbolts obtained a PhD at the department of Biochemistry of the University of Groningen, followed by a position as postdoctoral research at the ETH Zürich. After that, he was appointed group leader of biocatalyst development at the ETH Zürich. He joined DSM as senior scientist in 1997, and has since then worked for DSM. As Chief Technology Officer of DSM, Dr. Marcel Wubbolts is responsible for the global R&D agenda of DSM and owner of DSM’s global competence portfolio. DSM is a Dutch biotechnology company that is globally active in the area of health, food and materials. Next to his position as CTO of DSM, Wubbolts is also a member of various boards and committees. He is chair of board of the Biobased Industries Consortium (BIC) based in Brussels (BE). At the symposium, he will be talking about the vision of DSM regarding biofuels and about the POET-DSM Advanced Biofuels joint venture. 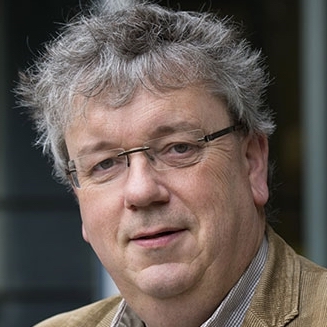 Prof.Dr. Huub de Groot is a professor at our own Leiden University teaching in Photochemistry, Solid State NMR and Coherent Spectroscopy. Prof.Dr. Huub de Groot promoted in 1986 on Solid State Physics. As professor of Biophysical Organic Chemistry his research focusses on Solid State NMR of membrane proteins. Besides his work as a professor at the university, he is an expert in the field of artificial photosynthesis as the scientific director of BioSolar Cells. The aim of the BioSolar Cells research program is to optimize the photosynthesis process in plants, algae and bacteria, and to develop ‘artificial leaves’ that combine biological and artificial components. At the symposium Prof.Dr. Huub de Groot will talk about these ‘artificial leaves’ as a future core of energy supply. 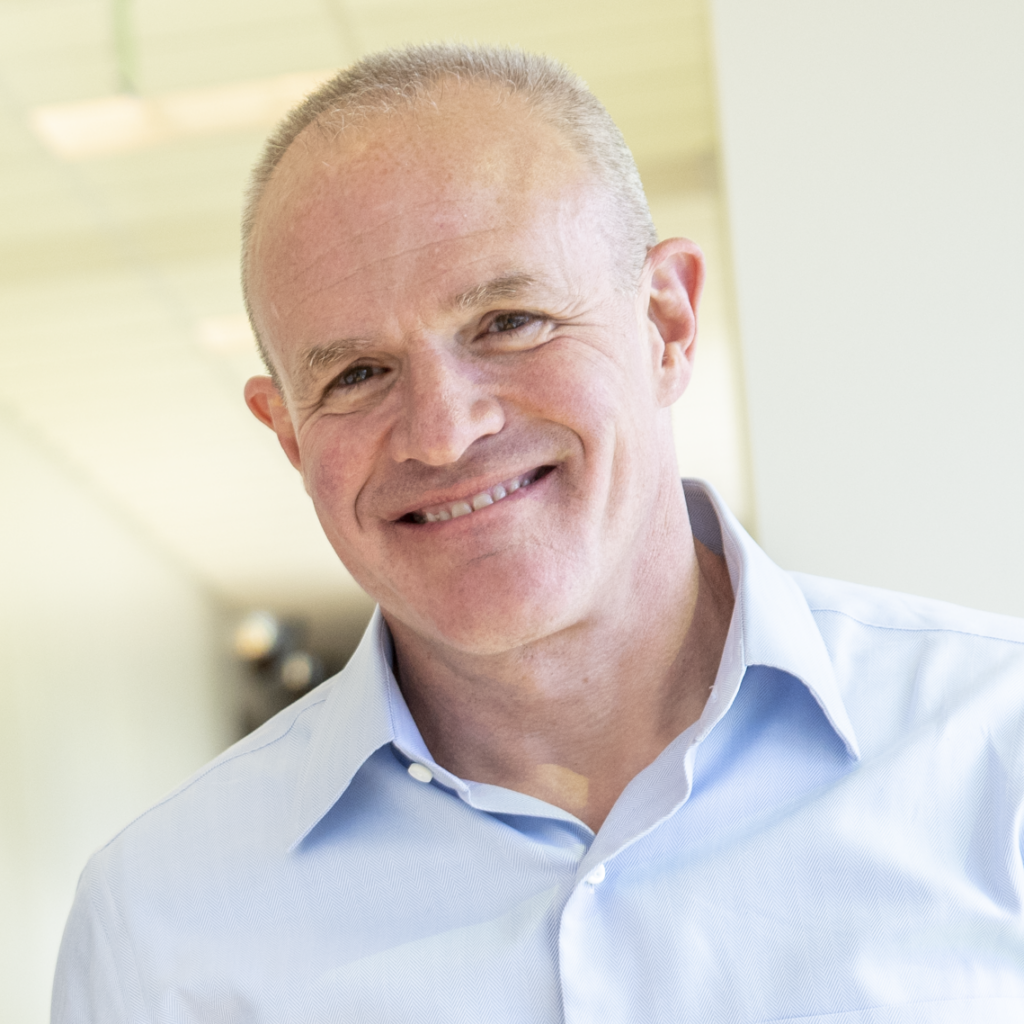 Prof.Dr. Jay Keasling does not only run his own laboratory, but is also the Chief Executive Officer at the Joint BioEnergy Institute, where the focus of his research is on the engineering of microorganisms to produce biofuels which will replace petroleum based fuels. Furthermore, he’s a professor at the departments of Chemical and Biomolecular Engineering and of Bioengineering University of California, Berkeley. However, what Prof.Dr. Jay Keasling is probably most famous of is his research of the anti-malarial drug artemisinin, for which he has won multiple awards. Nowadays, the focus of his research is pointed more towards the bioenergy field, which is also demonstrated by the Eni Renewable Energy prize awarded to him in 2014. His efforts are not only towards the biofuels used in cars, but also towards the more difficult production of bio-jet fuels. 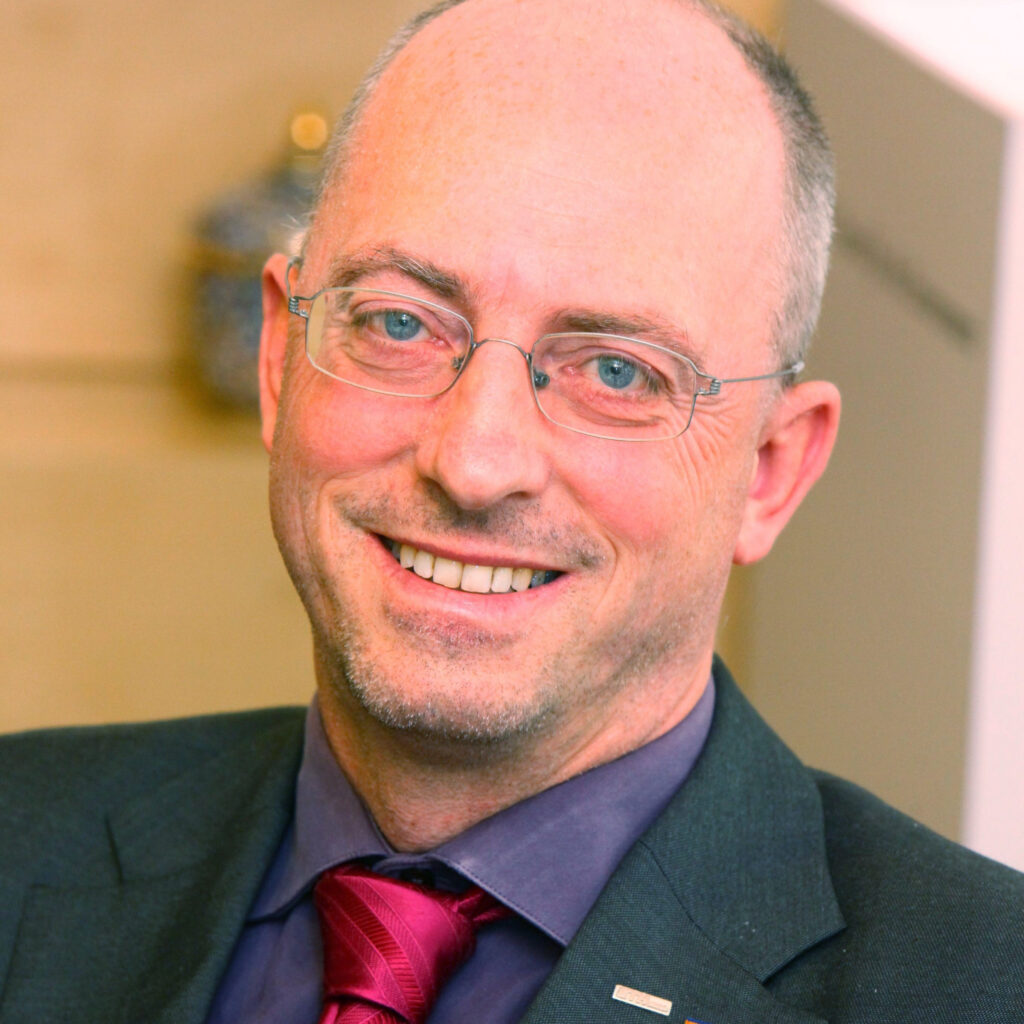 Prof.Dr.Ir. Mark van Loosdrecht is professor in our own Environmental Biotechnology group at Delft University of Technology. This group is currently working on numerous subjects concerning the environment, such as the production of bioplastics and biopolymers from wastewater and the production of biofuels from algae. A key aspect in most of his research is the use of mixed, non-sterile microbial cultures. Before his work in Delft, Mark van Loosdrecht has conducted his research in environmental hygiene at Wageningen University, where he earned his PhD in 1988. Since 1999 he is a professor at Delft University of Technology. He is a member of the Royal Netherlands Academy of Arts and Sciences (KNAW) the Netherlands Academy of Technology and Innovation (AcTI) and the US Academy of Engineering. Recently, he has won the Spinoza prize (2014) for his research. During the symposium he will be talking about the production of fuels from the mixed cultures. 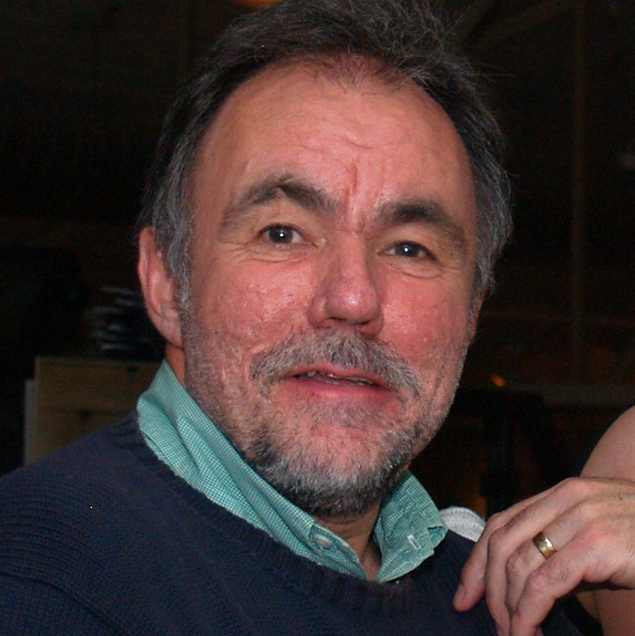 Prof.Dr. Fraser Armstrong is Professor of chemistry, leader of the Armstrong Research Group in the Department of Chemistry at Oxford University and a Fellow of the Royal Society. His work is focused on biological chemistry, bioelectrochemistry, and the mechanisms and exploitation of enzymes in inspiring future renewable energy technologies. He has won numerous awards for his research including the Joseph Chatt Medal (2010) and the Davy Medal of the Royal Society (2012). At the symposium Prof.Dr. Armstrong will present a lecture on the inspiration that enzyme active sites provide to promote the design of catalysts for efficient and renewable energy conversions. 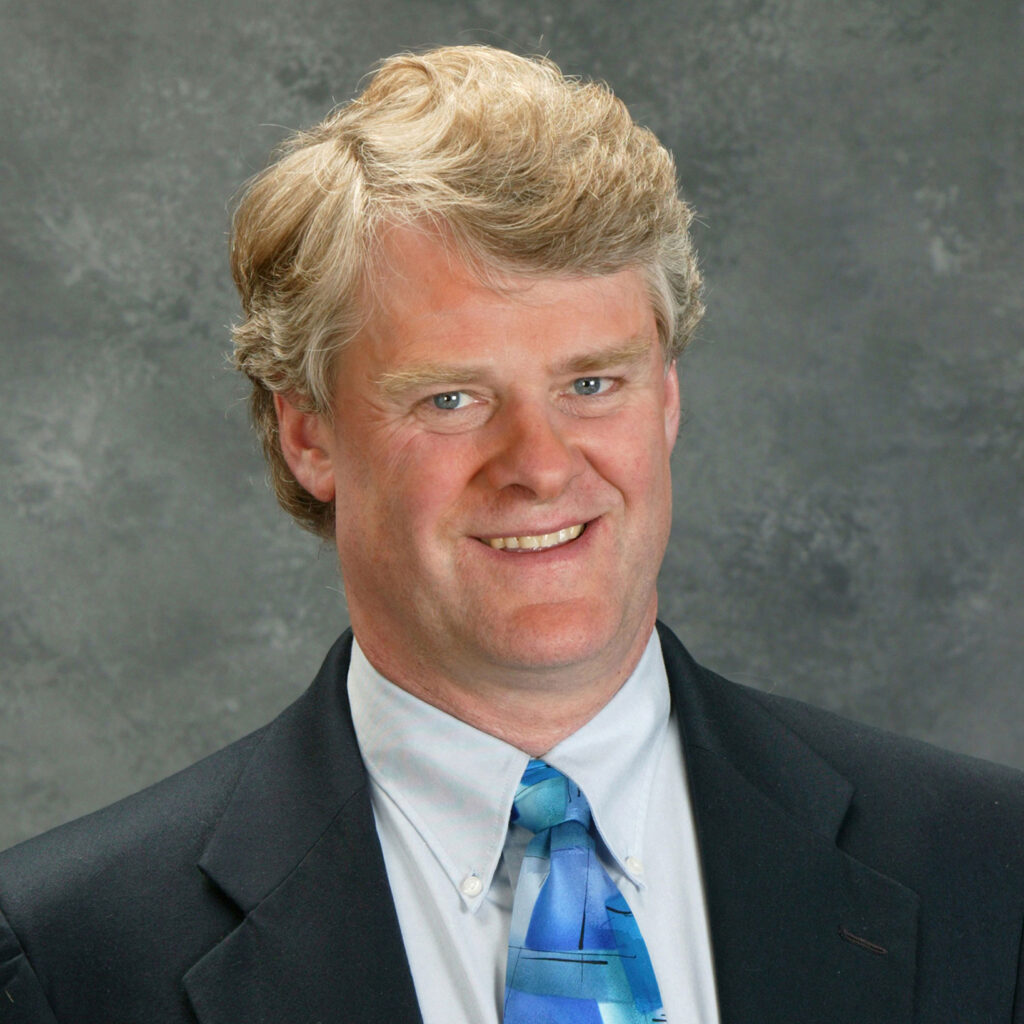 USA, Professor at the Thayer School of Engineering Dartmouth

Prof.Dr. Lynd holds a B.S. degree in biology from Bates College, an M.S. degree in bacteriology from the University of Wisconsin, and masters and doctoral degrees in engineering from Dartmouth College. He has been a member of the Dartmouth Faculty since 1987. Professor Lynd is an expert on utilization of plant biomass for production of energy. His contributions span the science, technology, and policy domains, and include leading research on fundamental and biotechnological aspects of microbial cellulose utilization. As a Fellow of the American Association for the Advancement of Science he has received numerous awards and honors, including the Charles D. Scott Award for distinguished contributions to the field of biotechnology for fuels and chemicals. 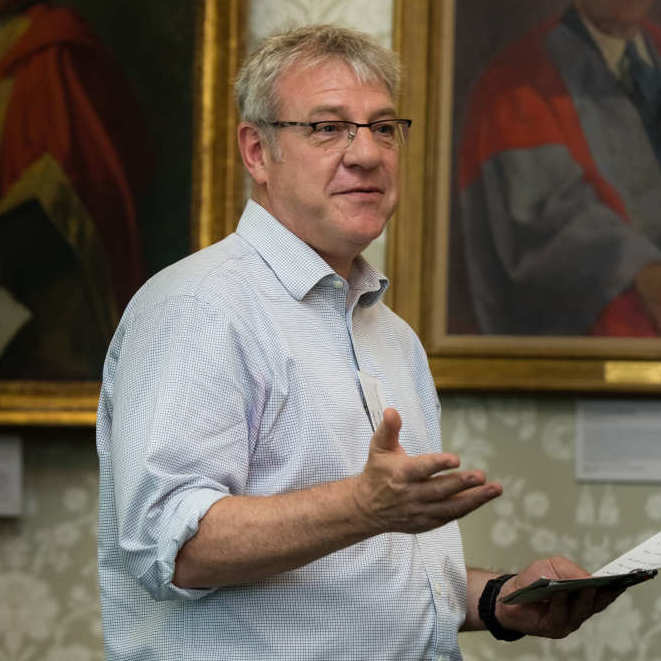 Jeremy Woods is a Senior Lecturer in bioenergy at Imperial College London working on the interplay between development, land-use and the sustainable use of natural resources.

At Imperial, he is a co-director of ICEPT (Centre for Energy Policy and Technology) and a member of the Royal Society’s – DFID Africa Capacity Building Initiative Assessment Panel and previously it’s Leverhulme Africa Awards Assessment Panel. He has sat on two RS working groups, ‘GHG emissions from agriculture’ in 2010 and in 2008/09 its working group on ‘Biofuels’ which produced an internationally acclaimed report on the science and policies needed for their sustainable development.

His research links environmental impact, techno-economic and sustainability assessment frameworks and is applied to policy making and industry standards. The latest examples of his work include leading the development of the Financial Times COP21 Climate Calculator and in overseeing the development of the land/food/bioenergy and climate science components of the Global Calculator. He is a member of the Scientific Committee on Problems of the Environment (SCOPE) Scientific Advisory Committee on its ‘Bioenergy and Sustainability: bridging the gaps’ rapid assessment project where he is lead author of the ‘land and biomass’ chapter and co-author on a cross-cutting issues chapter on ‘Food Security’. 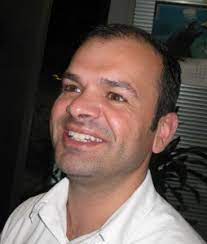 Dr. Barends (41) was born and raised in Delft. Having the Gist Brocades factory a sniff away was the basis for his love for industrial sciences. As part of his study at Utrecht University he arranged an internship at the Delft plant. At the time the enzyme division was being sold off to Genencor International. After his PhD on ribosomal protein synthesis (Leiden University) he continued his academic career both abroad (Strasbourg, France) and in Leiden. When his ambition shifted back towards industrial R&D, he worked as lead scientist in a biotech start-up. Five years ago he joined Danisco in Palo Alto (California) and relocated to Leiden a year later. By then they were acquired by DuPont. He has worked in the innovation team for fungal protein expression and in first and second generation bio-ethanol. With the acquisition of the Dyadic assets he became responsible for the R&D activities in Wageningen.